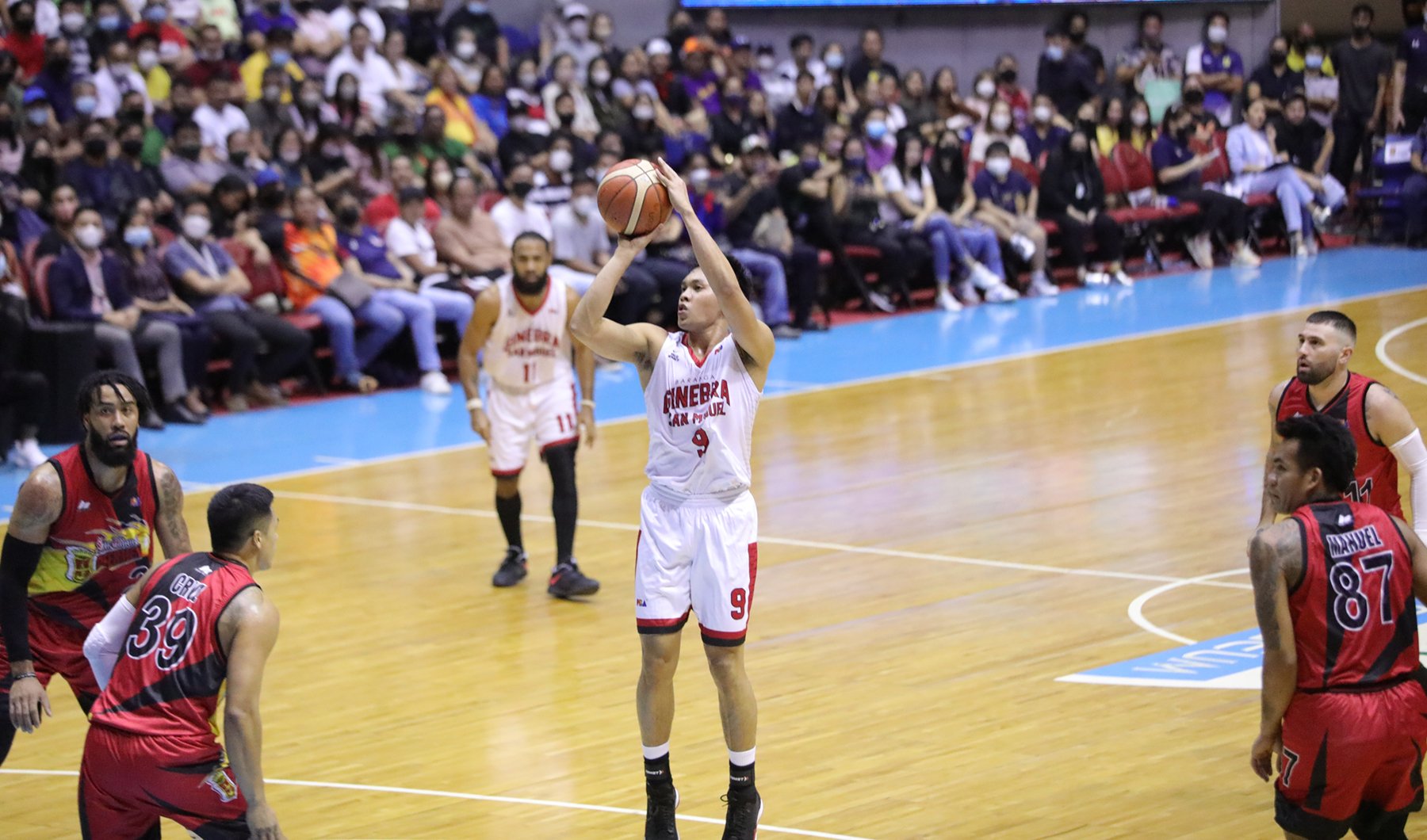 The Kings put up a gallant never-say-die fightback to snatch a 97-96 win over the San Miguel Beer, thanks to the huge trey from Scottie Thompson with barely 4.8 seconds left in the game. His and Justin Brownlee’s double-teaming defensive effort on Beermen import Devon Scott enabled them a steal as time expired.

Ginebra erased an 18-point deficit, 76-56, to escape past the formidable Beermen before a roaring 10,000 Big Dome crowd.

The 5-2 Kings, thus, boosted their top-four chance in the PBA Commissioner’s Cup eliminations while stopping the Beermen’s two-game run. The 3-4 San Miguel tied NLEX at No. 8.

With both teams in a 94-all deadlock, barely 43.9 seconds remaining, it was anybody’s ball game until Brownlee and Thompson’s game-winning basket and defensive effort.

Jamie Malonzo took a jump ball with CJ Perez, and the ball was tapped over to Brownlee who then looked for Thompson, all ready to take the ball in the corner.

Brownlee erupted with 33 points, 11 boards, and nine assists. He earlier put up a 23-11-11 performance in Ginebra’s 111-90 triumph over Terrafirma in their last outing.

Malonzo and Japeth Aguilar each scored 13 points amid the absence of injury-stricken Christian Standhardinger.

Thompson also praised teammates Aljon Mariano and Nards Pinto for making big shots and big plays when they were trailing behind.

“Dahil sa kanila nagkaroon kami ng chance makabalik (If it were not for them, we would never have the chance to come back),” said Thompson.

In another game, Magnolia Hotshots proved too much for Blackwater whom they demolished, 91-69, behind the heroics of Nick Rakocevic and Ian Sangalang who sank 17 apiece along with  Jio Jalalon who delivered a double-double output (13 points, nine assists) but it was entirely a team effort that made the big difference in the match.

Jason Webb, who subbed for Magnolia head coach Chito Victolero, said in a post-game interview: “This is probably our best defensive game of the year, that’s the key there.”

He said that the team lived up to their identity of playing very good defense and that’s what they focused on for two weeks.

The Hotshots, however, did not have it easy as they had to shake off some of the rust from the long break after Typhoon Paeng canceled their supposed game against Rain or Shine.

Fortunately, they were able to get their act together as the game progressed following a poor percentage average ( 33 percent) in the first period.

Ato Ular made 14 baskets while Cameron Krutwig was only limited to eight points.