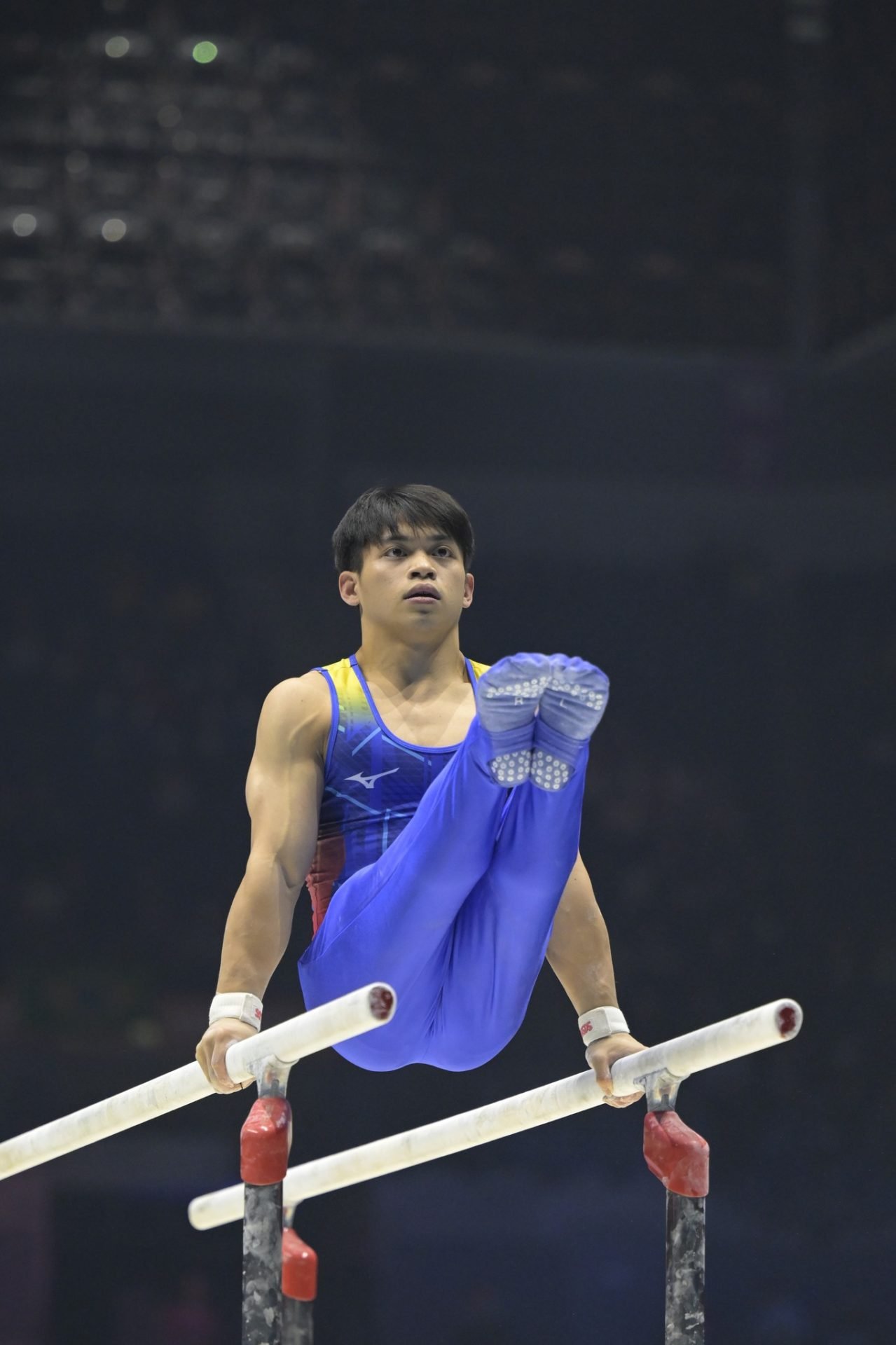 The Philippines’ prized gymnast, who ruled the 2021 edition of the world championships in Kitakyushu, Japan, first registered 15.000 and got 14.900 on his second attempt.

His silver finish came on the heels of placing seventh  (13.300) in his favorite men’s floor exercise event where he suffered an unexpected fall while starting his routine.

He dismounted with his bottom hitting the mat first following a two-and-a-half front double pike.

He said, “I didn’t kick like I do in practice. It was a bit too soft. I felt I couldn’t make it, but I tried to correct it on the landing. It was affected by my first stumble, and then it is like a chain, you can’t stop it.”

He shared being down because of the miscue but he said he’ll review what he did and build his motivation again.

The Tokyo Olympian seemed poised to reclaim his floor exercise world title being the only gymnast to breach the 15-point mark in the apparatus of the world championships. He ruled the qualification (15.266 points) and doubled the feat in the all-around finals (15.166 points).

It can be recalled that the men’s floor exercise catapulted Yulo to world fame for winning it in 2019 in  Stuttgart, Germany.

The diminutive gymnast said it was his first time to be grouped with the really good ones whom he look up to not just for their skills but also for their mental toughness.

“That was when I realized I lack a lot of things. Not just in skills, but they’re really different mentally. I want to be like them. I look up to those gymnasts,” Yulo, who finished eighth in the all-around finals, said.

He realized that he needs to strike a balance between wanting to improve and acknowledging that he has shortcomings.

“Sometimes, I focus so much on the pommel horse and high bar that I lose time to focus on the events I’m good at,” he said. “I’m still trying to find that balance. It is still hard for me to accept, but step by step, and I say this sincerely, from the bottom of my heart, I’m finding a way to accept myself.”

He said his experiences in the world championships were good for him as he picked up a lot of lessons. His 2024 Paris Olympics bid will keep his hands full when he returns to Japan as qualifications will start early next year. He will compete in four World Cups from February to April in Azerbaijan, Germany, Qatar, and Egypt.