Last season was a transition period for the Denver Nuggets.

Jamal Murray has not returned to the court since he suffered a torn cruciate ligament in April last year, and Michael Porter Jr. encountered a back injury in the middle of the season. The injury prevented the Denver Nuggets from playing in full, and was eventually eliminated by the Warriors in the first round of the Western Conference playoffs.

However, the nuggets are not without success, Nikola Jokic once again proved to the world how good he is, defending the MVP of the year award. Bones Hyland also played a rookie year to convince the coaching staff, becoming an important factor on a bench role. The reinforcement of the Denver Nuggets in free agency, or the manipulation of the trading market, will give them the strength to fight against the top teams in the Western Conference for the upcoming season.

The Nuggets, who regrouped in the offseason, lost almost half of their bench from last season, allowing the Nuggets to find two rotation players in free agency, Bruce Brown and Kantavious Caldwell-Pope. Brown is a man who can make immediate contributions on the defensive end, and also has a standard on pick and roll, which can almost be said to be on-the-go. KCP seems to be the starting two guard for the Denver Nuggets in the new season, with a 42% three-point shooting percentage on the offensive end, and a certain amount of experience and perimeter defense on the defensive end. The two signings of the Nuggets can be said to make up for the perimeter defense that was criticized in the playoffs last year.

However, the choice to sign DeAndre Jordan over DeMarcus Cousins ​​has been the more contentious part of the Nuggets this offseason, signing Jordan is almost the most confusing move from the Denver Nuggets management this offseason.

The healthy lineup is finally back

After an entire season, Nugget fans will finally see their full body again. This combination of returning Jamal Murray and Michael Porter Jr, Kantavious Caldwell-Pope, and Aaron Gordon and Nikola Jokic already in the lineup will be one of the most fearsome offensive combos in the league.

There are almost no weaknesses on the shooting end, and there are also few players who can run the isolation on offense even serve as a second options. No matter how you look at it, the Denver Nugget’s lineup on the offensive end will bring terrifying firepower to the opponent as long as there are no injury problems.

In this starting lineup, the defensive may be a problem. How much lateral movement speed is left after Jamal Murray’s return from injury, MPJ’s defensive focus and Jokic’s perimeter defense are all defensive issues that the Nuggets need to face in this lineup.

Although there is KCP to strengthen the perimeter defense, when this lineup faces a team with fast movement speed and high pick-and-roll quality, there are two or three points that the opponent can target and attack. This starting lineup still needs other solutions on the defensive end.

In addition, Jamal Murray is back from a serious cruciate ligament injury, and MPJ is also back from a back injury that has been troubling him for a long time since high school. As long as the two can stay healthy, this will be one of the biggest key to the Nuggets this season.

As mentioned earlier, only DeAndre Jordan is left as the second center in the Denver Nugget’s bench. With Jordan’s defensive efficiency declining in recent years, and the offensive end having no other skills other than size, we are likely to see a small-ball center line up with Jeff Green in the mix.

In fact, Jeff Green spent only 7 percent of the season last season at center, and he remained at the 4 most of the time. But in his past career, whether in the Rockets or the Nets, he has been a center for more than 40% of the time, and his mobility and stable shooting ability are definitely bullish for the Nuggets on the offensive end.

Can the Denver Nuggets bench lineup carry the day?

In the playoffs last season, Jokic almost single-handedly faced the Warriors, and despite the occasional good performance from Aaron Gordon and Monte Morris, the Nuggets’ bench lineup last season simply couldn’t compete with the Western Conference powerhouses. Therefore, another key point of the Denver Nugget this season will be the bench performance. Considering that Bruce Brown and Bones Hyland are almost certain to start from the bench at the 1 or 2 positions this season, the Nuggets’ bench wing needs to have a certain level of strength, or even someone who can share minutes with MPJ.

Bones Hyland as a backup point

The Nuggets traded Monte Morris and Will Barton, two long-term ball handlers off the bench this offseason, in order to clear space for Bones Hyland, the 22-year-old potential future star. Since Hyland was moved to the bench in the latter part of the season, and even in the playoffs, Hyland has slowly shown his organizational ability in the second unit.

The Nuggets may limit Jamal Murray’s minutes to protect Murray in the early season, At this time, Hyland, as the team’s second point guard, will be extremely important, not only to be able to stabilize the offensive end of the bench but also to share Murray’s playing time. For the Denver Nuggets, pressing the trade button with the wizards means betting the ball on Hyland this season. If Hyland does not develop as expected in the end, although the Denver Nuggets still have an Ish Smith as insurance, but also will affect the combat effectiveness of the entire second team.

Summarize
The Denver Nuggets finally welcomed their full lineup who have many players returned from injury, the primary goal of the new season is to help Murray and MPJ get back to shape and chase the top half of the West. As long as Jokic maintains the MVP level as the past two seasons and Murray can regain his pre-injury aggression, the Nuggets will be an opponent no one wants to face this new season. 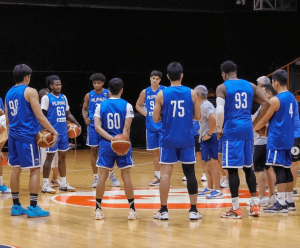