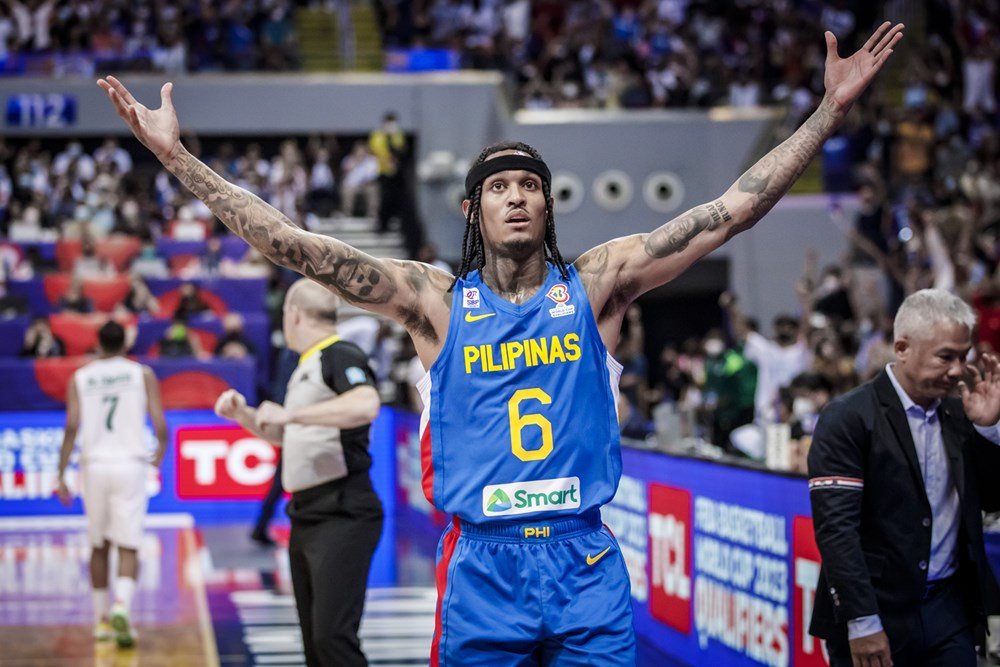 Gilas Pilipinas players will have an opportunity to step up as the national men’s basketball team competes in the fifth window of the Fiba World Cup 2023 Asian Qualifiers without NBA star Jordan Clarkson next week.

Gilas mainstay Kiefer Ravena, who along with brother Thirdy joined team practice on Tuesday, November 1, said: “It’s an opportunity for everybody to step up. It’s hard to fill up JC’s number if you’ll depend on one player. We need a next-man-up mentality, as the cliche goes. We need to grab this opportunity given to us.”

The team will miss fourth-window top scorer Clarkson’s presence in their back-to-back away games.

He said the team is doing well so far after his first national pool practice.

“The team’s looking good and with the core players that played in the last window. We just need to make a few adjustments in terms of knowing how to play with each other. That was the problem last time when we didn’t have enough time to prepare,” Kiefer said.

He also said that the team is more than capable of functioning with its pool of players, considering that Kai Sotto will be returning and the PBA stars and the B. League boys are also rendering their services.

The 29-year-old said, “We are sacrificing our time which is something we look forward to in the windows.”

Gilas Pilipinas, according to him, will have to be wary of Jordan as it holds the same 3-3 record as the Philippines. Both teams are currently tied in Pool E. Jordan’s Freddy Ibrahim, Abu Hawwas, and Al Dwairi are the top three players they have to look out on.

“They are the focal point of Jordan, the team’s heart and soul. But everybody is capable of contributing so we have to prepare well,” Ravena said, adding that they can’t be complacent with Jordan, which is keen on qualifying for the Fiba 2023 World Cup.

He said, “We have to come in very confident just like any other window. We were reminded that Jordan hasn’t made it and hasn’t qualified for the World Cup yet. They’ll be coming out swinging,” he said. “We’re ready for them and we know that they have to win games in order to qualify. We have to be ready physically as well. Hopefully, we can execute well for us to get good results this window.”

Meanwhile, seven-foot-three Sotto of the Adelaide 36ers in the National Basketball League in Australia has confirmed rejoining the Gilas team while the NBL goes on a break for the FIBA window.

But Fajardo and Newsome might miss action due to their throat and calf injuries, respectively.