Lionel Messi sparked Argentina’s 2-0 win over Mexico in the FIFA World Cup 2022 over the weekend, leaving the latter’s goalie Guillermo Ochoa helpless at the jampacked Lusail Stadium in Doha, Qatar.

Ochoa, known for his big saves, foiled Robert Lewandowski’s penalty attempt in El Tri’s World Cup opener but was caught off guard by Messi’s left-footed second-half blast from outside the box in the 64th minute.

Grabbing and shaking his jersey in front of Argentina’s celebrating fans, Messi, who was almost in tears, blew a kiss and looked to the sky.

“It’s a weight off our shoulders. It gives us joy and peace of mind to start again,” he said as quoted by the Associated Press.

He was emotional after scoring his 93rd international goal, which is perhaps the most crucial for the team to live another day in Doha. It was also his eighth World Cup goal.

Messi said they lived with discomfort and kept the defeat in the opening match in their minds. “The days were very long,” he said. “We were eager to have the chance to turn the situation around and luckily we won.”

He said they can’t let their guard down.

“All of our matches are finals now. We can’t mess up,” said Messi who still lacks a World Cup title from his collection to be soccer’s greatest-ever player in the league of Pele and Diego Maradona, the Argentina football legend, with whom he is often compared.

Mexico forward Henry Martin said, “The difference was because they had Messi.”

At least 88,966 people witnessed the match that seemed like a World Cup final rather than a group-stage encounter.

Messi first tested Ochoa in the 33rd minute via a corner free kick and then in the 50th from some 25 yards but it sailed over the wall and above the goal.

“We knew we were going too fast at times and therefore we made mistakes,” Messi said in a report by the Associated Press.

Messi’s goal kept Argentina’s hopes alive after they were beaten by Saudi Arabia, 2-1, in Group C.

Ochoa and Messi grasped hands at the final whistle, and Memo, the goalkeeper’s nickname, patted a gloved hand on the Argentinian star’s head. But the Mexican did not grant any interviews after the match.

Both players, who have been to five editions of the sporting spectacle, might be seeing action in their final World Cup.

Mexico coach Gerardo Martinez, an Argentine who mentored his country’s team from 2014 to 2016, said he didn’t think that Messi found many spaces in the last third of the field. “But he only needs a few seconds to be the difference,” he added.

As Argentina depends on Messi, El Tri leans on Ochoa as they continue to struggle to score in Qatar. Mexico must win its final group match against Saudi Arabia on Wednesday but its players must get their acts together. Mexico may be seeing an uphill contest but it aims to book a ticket to the World Cup knockout round. 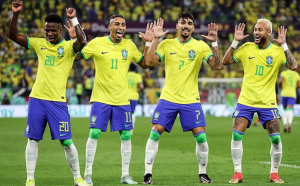 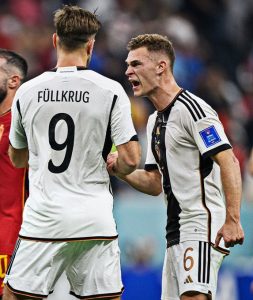