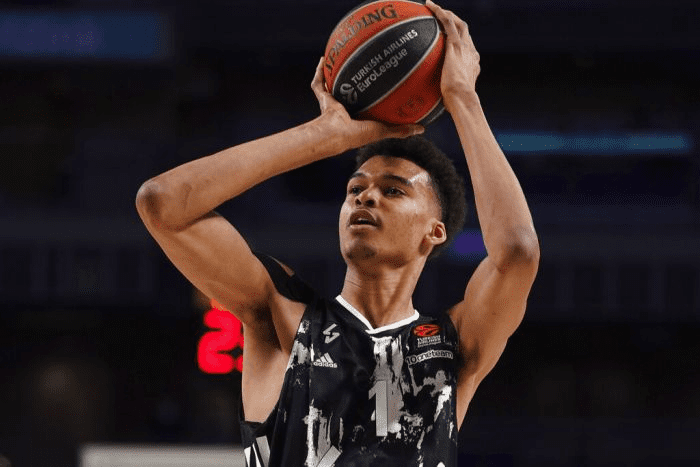 Before the 2022 draft, French supernova Victor Wembanyama has already been crowned as the No. 1 pick in the 2023 draft, and he has been evaluated as a unicorn template for modern basketball.

Although there were also strong guard Scoot Henderson of the G-League team Ignite, and the high-potential Amen and Ausar Thompson brothers, this did not affect the extremely talented Wembanyama’s high expectations.

Back when Luka Doncic was drafted into the NBA in 2018, Wembanyama, a fellow European talent, was on the scout’s radar, and more than one team started tracking him.

Wembanyama is 7-foot-3, has a great shot-blocking nose, and has a huge defensive coverage that looks like he can fill up all the balls around the rim on offense.

Judging from multiple videos, Wembanyama has a certain degree of range, can even make consecutive logo shots, has basic vision and is willing to share the ball. With all the unicorn qualities, it’s unclear what the 18-year-old will do when he enters the NBA, but he’s undoubtedly a super-talent at the historical level, and a team that can pick Wembanyama is basically done. There is a top trump card for the next generation.

When discussing Wembanyama’s various aspects, none is more important than his health. Quite early in his career, Wembanyama suffered from numerous injuries, both large and small, and this is an important metric by which teams will evaluate him during the draft. According to ESPN, Wembanyama played just 33 of 76 games in French Serie A ASVEL Villeurbanne this past season and missed the playoffs with an undisclosed muscle injury.

Originally, Wembanyama was supposed to play in the European Cup with the French NBA players such as Rudy Gobert and Evan Fournier, but he was still out due to health reasons. He is currently expected to play in the new team Metropolitans 92 in the 2022-23 season and will be on time for the opening game.

June 2022: Wembanyama is out for the season with a back muscle injury

ASVEL Villeurbanne, the team Wembanyama played for at the time, was preparing for the championship game at the time, but unfortunately, Wembanyama, who they were expecting to return to the team, was reimbursed for undisclosed injuries. According to French media reports, it was due to a waist muscle injury.

The psoas is the most important muscle in the hip flexors, extending from the back to the legs, and it is also the key to the core muscles, including running and confrontation.

December 2021: Wembanyama is out for nearly two months with a shoulder contusion

Wembanyama injured his right shoulder in a Europa League match on December 15, 2021, and will not return until February 11, 2022.

November 2021: Wembanyama is out for almost 1 month with a broken finger

Wembanyama was absent from November 6, 2021 to December 2 due to a broken finger. He was 17 years old at the time, and he also posted his fingers on social media to compare Michael Jordan. Wembanyama can also see that his fingers are very long.

December 2020: Wembanyama fibula stress fracture out for more than 3 months

Injury big men stars from the past

From Bill Walton, Arvydas Sabonis, Yao Ming to Greg Oden, countless talented elders have been left with regrets due to injuries. And Wembanyama has missed a lot of games due to injury in his short career. How to take good care of him at this stage will be an important issue for him.

At present, Wembanyama is still a minor injury that does not need to worry about, but his endurance will affect his prospects in the NBA. He is still the No. 1 pick of most NBA teams, but whether Wembanyama can really play healthy will depend on the draft to the entire career. the most important subject.